I’m currently reading Mark Frost’s book on the Twin Peaks fictional universe, which integrates precursors to its protagonists and antagonists into history, including the history of the Northwest United States, as well as the folklore and mythology of the area. He begins with Lewis and Clark’s expedition, and describes an event where Meriwether Lewis has a transcendental experience of “Sky Gods” around the waterfall in the opening credits, picturing Snoqualmie Falls. Lewis receives the jade ring seen in Fire Walk With Me, which he wears in a leather bag around his neck until he is murdered, and the ring taken from him. The ring is apparently a cursed object, and serves as a gateway to the red room in the series. The jade ring is seen on Theresa Banks’ hand, taken from her in her murder, and Agent Chet finds the ring shortly before he disappears, presumably into the red room itself.

Of note, by Agent Cooper solving the mystery of Laura’s death, he takes the curse upon himself, and later finds himself locked in the red room, alone with his demons. Writing this is the first time I realized this. Watching the show, I identified with Cooper, the cerebral, soft spoken existential detective, the magician and the savant for the right brain details of the series, Lynch’s stand-in in that world. The way he navigated through the series – through dreams, throwing rocks at jars – navigating with his subconscious – accurately represents Lynch himself in writing the series. 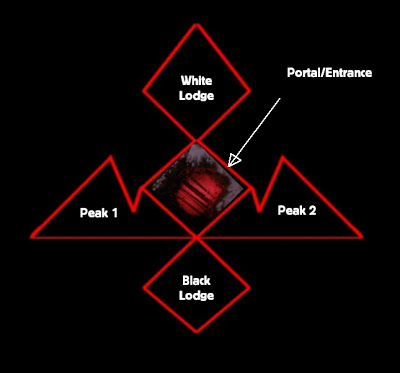 I’d like not to dive straight into the esoterica of the series, especially because I spent a few months after watching Twin Peaks watching every David Lynch movie, and reading some of his supporting literature, without coming any closer to a single narrative for the series, or explicating what the show meant for me, what was the nature of its peculiar fascination for me. I’m almost certain Lynch wrote the story based on dreams, visual resonances, without feeling bound to make any sort of coherent sense of a narrative. Lynch was an artist before he was a filmmaker, and the visual echoes throughout the series are as important, likely they’re more important, than the semantic meaning of the individual events.

On a side note, I’m so grateful to Lynch, Frost, and company that they’re returning to this series. The unfinished nature of it – the awful cliffhanger ending, the cancelled series, Fire Walk With Me as an unfinished trilogy – struck me as such as tragedy, and watching Lynch get older, seeing the actors’ obituaries in the paper (including Killer BOB, Pete Martell, Rosenfield, The Log Lady . . .  ); it felt like I was losing the opportunity to read one of the last great novels of my life. My own obsessive nature, likely similar to legions of other Twin Peaks fans, takes me further and further into a story I can’t follow (not unlike trying to follow Christianity by reading the Bible – contradictory narratives, multiple authors, narrative dead ends). With the series ending with Cooper in the red room, I felt myself trapped in there with him, unsure what brought him there, unable to determine the meaning of these events. 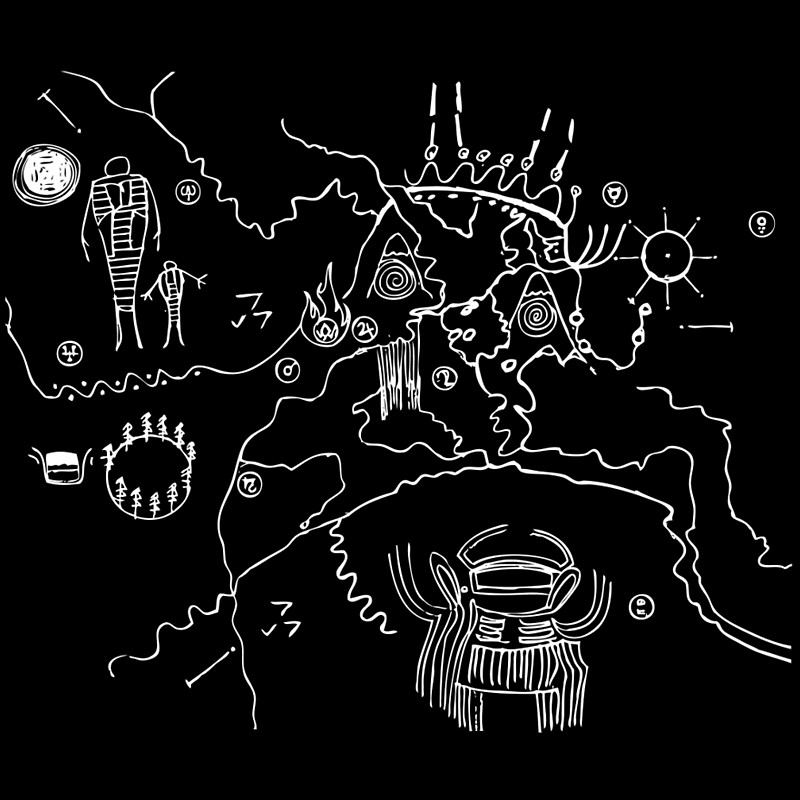 This is the first time I’ve studied this map. You can see the ring in question, in flames, the white lodge, top, black lodge, bottom, and other symbols which have not been defined. There’s the waterfall, the ring of sycamores …

Did we ever see the white lodge in the series? There was the Bookhouse, and Hawk’s discussion of the two lodges at war with one another, described in Secret History as the Masons and the Illuminati. My grandfather was a freemason, does that make me one of the knights of Camelot, in this allusion?

This is a text widget, which allows you to add text or HTML to your sidebar. You can use them to display text, links, images, HTML, or a combination of these. Edit them in the Widget section of the Customizer.
Back to top
Loading Comments...
%d bloggers like this: